Last year's event gave a taste of things to come and now a new two-year Letter of Intent has been signed between Folkhälsan and Toughest.

"We are now entering into our biggest investment in an event ever. We hope even more people will find out about this and take part," says Joakim Träskelin, project manager for Toughest in Finland and Sports Producer at Folkhälsan.

The first Toughest event in Finland was organized in 2018, drawing in over 1,000 participants.
"Toughest is one of the most recognised organizers of obstacle course races in the world and has been selected as best race and best concept in Europe by independent web service Mud Run Guide in both of the last two years."

The main course on both Saturdays is about 8 kilometers long and includes over 40 obstacles.
"The concept – with its fast lane, normal lane and penalty loops – makes for a wide target group: participants can fit the obstacles to their own abilities. They can choose to do the main race timed or untimed," says Träskelin.

Those who take part untimed are put in the Fun Run class, where they can choose which way they run the course themselves and there are no penalty rounds.
"In the timed class you have to do a penalty loop if you miss an obstacle. For those who want to compete, Toughest is a qualifying event for the World Championship in all age classes, and there is also a distinct Elite class and an Elite Challenge class for those who want to qualify for that."

Under 18s that want to participate in the main race must get permission from their parents or guardians. In addition to the main race on Saturday, there is a family run on the Sunday.
"Toughest are proud of their family race and believe that they have the best concept anywhere in the world for children aged 7 to 13. The family run takes place over a course about two kilometres in length with over 20 fun and challenging obstacles."

At least one adult must participate and take responsibility for the child’s safety. The obstacles are set up to suit children and – as on the main course – there are different levels of difficulty on many of the obstacles.

For those who want to prepare specifically for Toughest, Folkhälsan will start training groups in Vaasa, Jakobstad, Korsholm and Vörå, starting in April.
"Last year we trained five personal trainers as Toughest instructors to lead groups in Ostrobothnia. The training is varied, fun and prepares the participants well for obstacle course races," says Träskelin.

A lot of obstacles have been built around the track at Norrvalla.
"During the spring, we hope to carry out a major update, with new obstacles and crossfit-style training stations along the course. "

Norrvalla is focused on becoming an OCR training center. The Vörå event is organized in the terrain around the Norrvalla Sports Center.
"The course in Vörå is characterized by a lot of trail through forest, technical running and a pretty fast track."

The event in Espoo is being held at the Solvalla Sports Institute.
"The course in Solvalla is exemplified by its outstanding natural beauty, its many elevations, and its fine stretches of water."

Both courses are audience-friendly. Many of the biggest obstacles are placed around the start/finish area, which in each location is situated on an artificial green.

April 6 will see the return of Folkhälsan's own Valhalla OCR, an obstacle course race for teams with 1-4 participants in both competition and fun classes, and for juniors aged 8 to 16. There is only space for 100 teams, so be sure to sign yours up in time to get in.

Obstacle Course Racing – OCR for short – is currently one of the world's fastest growing disciplines. Toughest has the largest online training forum in Scandinavia: with between 1 and 2 million visitors a week, it has been selected by Facebook as a Business Success Case.

"In both the United States and Europe, the number of people doing OCR has doubled in the last two years. The sport has over two million participants in Europe and four million in the United States."

Other 2019 Toughest events will be held in Malmö, Stockholm, Umeå, Oslo, Gothenburg and Copenhagen. 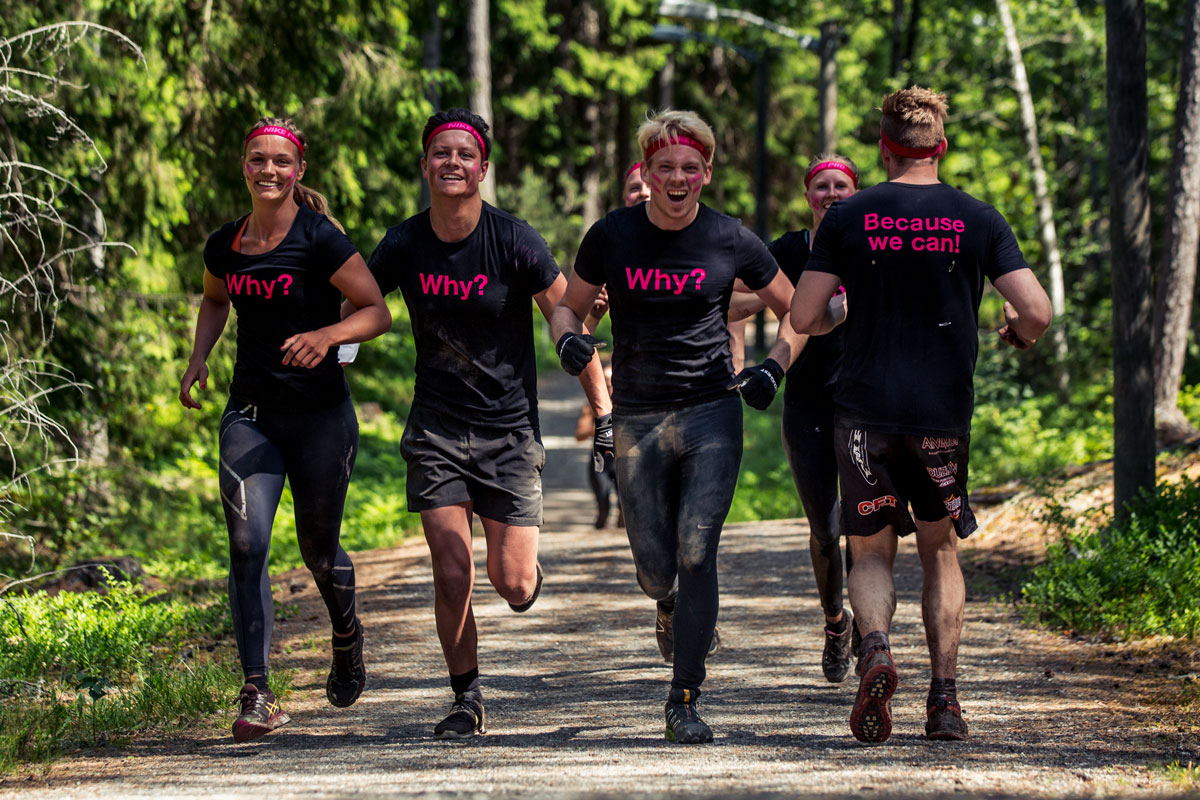