Opening a door for better integration

Luckan Integration, a Finland-Swedish information and cultural organization, has launched Dörren, a digital match-making tool. Dörren enables encounters within a certain field between locals and those who have moved to Finland from abroad. Folkhälsan is one of the several organisations that have promised to do their best to spread information about Dörren among its staff.

Folkhälsan supports Luckan’s Dörren project by allowing the staff to participate in Dörren’s mentoring programme during working hours (3 × 1 hour). The meetings may be held at the workplace with the supervisor’s permission and on condition that the employee’s work is not adversely affected and that a substitute is not required.

Samfundet Folkhälsan CEO Georg Henrik Wrede welcomes the Dörren initiative:
“Health is not just about how someone feels themselves, but that also everyone around them is feeling good. Finland needs immigration, which makes it important for us to ensure that everyone in society has a meaningful context, work and friends. Opening doors means a dialogue between those who are already more integrated and the fresh newcomers”, Wrede says. 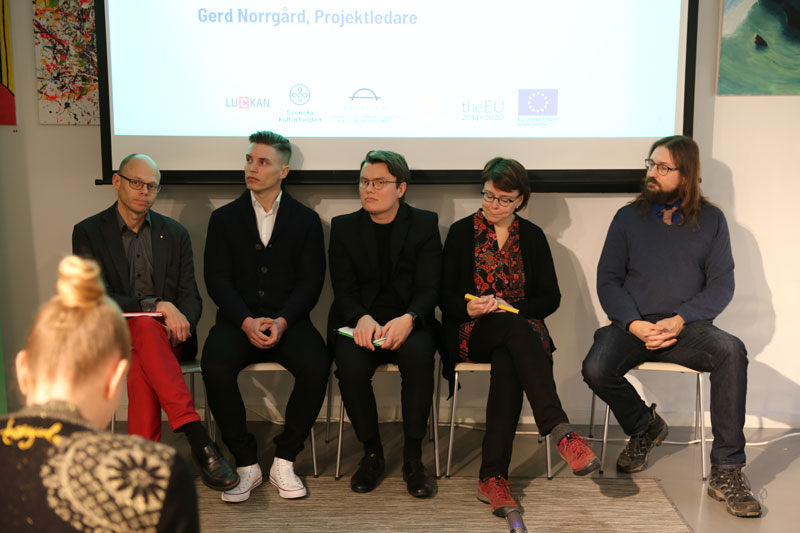 It takes time to build a network

As a newcomer in a foreign country, it often takes time to establish contacts with people within one’s professional field and to become familiar with the environment and one’s possibilities within the field. Lack of insight and a professional network is often a great challenge.

“The idea with opening doors for integration is not that you would arrange for a job for anyone. Instead, a meeting where you can exchange experiences with each other can eventually result in more contacts and increase the possibility of finding a job”, says Project Manager Gerd Norrgård from Luckan.

The idea originates from Sweden, where the same idea is operated under the name Yrkesdörren.

The project started in 2018, and Dörren’s pilot project has been running in spring and summer 2019 while the project’s website has been developed.

“At that time, we noticed that participants signed up quickly for almost all fields. What we need now is more people to open doors”, Gerd Norrgård says. 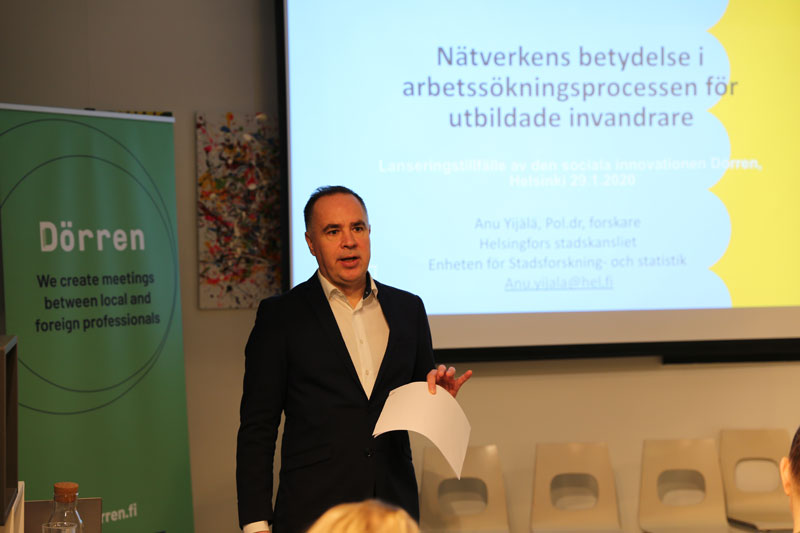 Jens Berg of Montem worked as the moderator during the panel discussions.

“What surprised us was having participants from fields such as the social sector, sports, NGOs, culture, marketing, communication, IT and research and, for example, chemists and biologists. It was particularly surprising that we had many participants from the IT sector, including programmers, although the talk is that there is a shortage of them at this time”, Gerd Norrgård says.

The project is primarily targeted at immigrants in the Uusimaa region. Luckan runs the project in co-operation with providers of integration education in Swedish, for example Akan Borgå folkakademi, Arbis in Helsinki, Akava, Scouts and Guides of Finland, Folkhälsan and entrepreneur associations. 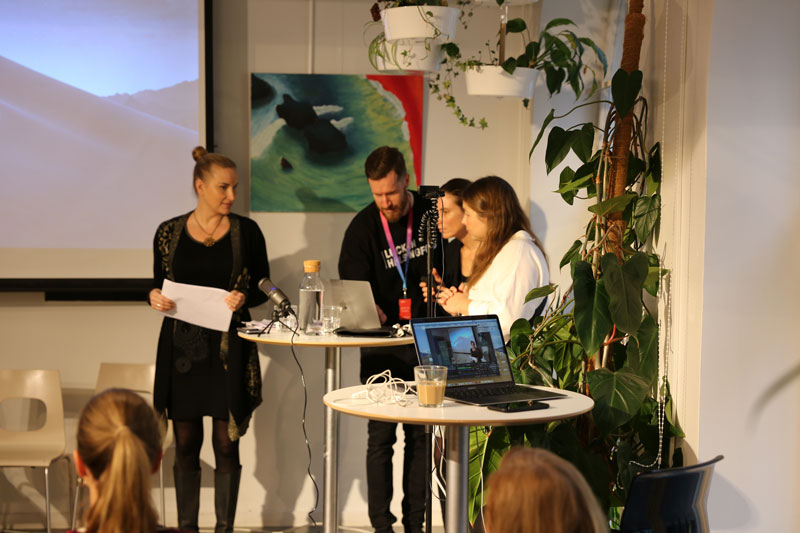 Researcher Anu Yijälä of the City of Helsinki, on the left, presented facts about the significance of networking for the employment possibilities of those born abroad in the Helsinki metropolitan region.